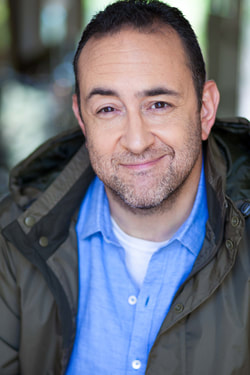 Originally from Kansas City, Corey is a Los Angeles based actor and comedian. He's been a cast member in the  truTV series "How To Be A Grown Up", and has appeared in episodes of HBO's "Silicon Valley", "9-1-1" on Fox, "Teachers" on TVLand, "Rhett & Link's Buddy System" on YouTube Red, and "Crowded" on NBC, is a producer for TBS "Tournament of Laughs" and has been seen in national commercials for Payless Shoes, the NFL Network, Long John Silvers, Big O Tires, and many more.

Additionally, Corey has performed with the famed Second City aboard Norwegian Cruise Lines as well as at The Annoyance Theater, Laugh Out Loud, iO, ComedySportz and M.i Westside Comedy Theater...just to name a few. He's a Segment Producer and Contributor for "2 Girls. 1 Pup" (named one of the "10 Best New Comedy Stand-Up Shows in L.A." by LA Weekly and now a podcast...er, PUPcast).  He has also performed comedy for corporations and colleges across the United States, and along with his wife Monique, he is the "other half" of the comedy duo Marriage Is A Joke.

Click around. Check out some photos, see some video samples of his work, even contact him to bring some comedy to you.

​Just scroll down this page a little further to see his reels.